Keynote Speakers at our previous conferences-COMS2

Dr. Ian T. Foster is the Arthur Holly Compton Distinguished Service Professor of Computer Science at the University of Chicago, USA and an Argonne Distinguished Fellow at Argonne National Laboratory. He was the Director of Argonne’s Computation Institute from 2006 to 2016. Foster’s research contributions span high-performance computing, distributed systems, and data-driven discovery. He has published hundreds of scientific papers and eight books on these and other topics. Methods and software developed under his leadership underpin many large national and international cyber infrastructures. Dr. Foster is one of the highly cited authors in computer science and engineering worldwide (h-index=133, g-index=578, 1,24,000+ citations).

Foster received a BSc (Hons I) degree from the University of Canterbury, New Zealand, and a PhD from Imperial College, United Kingdom, both in computer science. His awards include the Global Information Infrastructure (GII) Next Generation award, the British Computer Society’s Lovelace Medal, R&D Magazine’s Innovator of the Year, the IEEE Tsutomu Kanai award, and honorary doctorates from the University of Canterbury, New Zealand and CINVESTAV, Mexico. He is a fellow of the IEEE, AAAS, ACM, and BCS and an Office of Science Distinguished Scientists fellow. https://computerscience.uchicago.edu/people/profile/ian-foster/

Title: Resetting the Universities after COVID-19

Dr. Akshai Aggarwal (Life Senior Member of IEEE), Professor Emeritus, University of Windsor, Canada, Former Vice Chancellor, Gujarat Technological University (GTU), Ahmedabad, India (June 2010 to May 2016). Before joining as the Vice-Chancellor, of Gujarat Technological University, he worked as the Director of School of Computer Science, University of Windsor, Canada. Professor and Head, Department of Computer Science, Gujarat University, Ahmedabad for about 10 years (1989-1999). Professor & Head, Department of Electrical Engg (which included Computer Science) and Dean of Students at the Faculty of Technology & Engineering, Maharaja Sayajirao University, Baroda, Gujarat, India. Served as a Fellow on the Senates of University of Windsor, Maharaja Sayajirao University of Baroda and of Gujarat University. He graduated with a B.Sc.(EE) from Punjab Engineering College, Punjab in year 1964 and completed Master’s and Doctoral work at Maharaja Sayajirao University of Baroda, Gujarat, India in year 1967 and 1979 respectively. He has published hundreds of scientific research papers in repute International Journals. Guiding post-graduate research since 1971 and has guided a large number of graduate projects at Ph. D. and Master’s level in India and abroad. He received several awards, achievements and laurels in his credit including I.E.E.E. Millenium Medal 2000, I.E.E.E. Outstanding Branch Counselor Award 1997, Ontario Confederation of University Faculty Association (OCUFA) Teaching Award – 2006, University of Windsor Alumni Award for Distinguished Contributions to University Teaching -2006, OPUS Faculty Award- 2005, Faculty of Science, Univeristy of Windsor Teaching Award for the highest weighted mean score for larger classes – 2002, University of Windsor Employment Equity Appreciation Award – 2009, Award as the Best Vice-Chancellor by SMEs in Ahmedabad region. He was Chairman of IEEE India Council for two years (1999-2000). He initiated IEEE activities in Gujarat by starting the first IEEE Student Branch at Maharaja Sayajirao University, Baroda, Gujarat. Later he initiated the establishment of the Student Branch at Gujarat University, Ahmedabad. He was also the founder Chairman of IEEE Gujarat Section, the IEEE Computer Society Chapter and the IEEE Joint Chapter of Industry Applications, Industrial Electronics and Power Electronics, Chairman, CSI Vadodara Center (1989-90).

The University of Melbourne, Australia

Dr. Rajkumar Buyya is a Redmond Barry Distinguished Professor and Director of the Cloud Computing and Distributed Systems (CLOUDS) Laboratory at the University of Melbourne, Australia. He is also serving as the founding CEO of Manjrasoft, a spin-off company of the University, commercializing its innovations in Cloud Computing. He has authored over 850 publications and seven text books including “Mastering Cloud Computing” published by McGraw Hill, China Machine Press, and Morgan Kaufmann for Indian, Chinese and international markets respectively. Dr. Buyya is one of the highly cited authors in computer science and software engineering worldwide (h-index=138, g-index=307, 104,500+ citations). “A Scientometric Analysis of Cloud Computing Literature” by German scientists ranked Dr. Buyya as the World’s Top-Cited (#1) Author and the World’s Most-Productive (#1) Author in Cloud Computing. Dr. Buyya is recognised as Web of Science “Highly Cited Researcher” for five consecutive years since 2016, IEEE Fellow, Scopus Researcher of the Year 2017 with Excellence in Innovative Research Award by Elsevier, and the “Best of the World”, in Computing Systems field, by The Australian 2019 Research Review.

Software technologies for Grid, Cloud, and Fog computing developed under Dr.Buyya’s leadership have gained rapid acceptance and are in use at several academic institutions and commercial enterprises in 50 countries around the world. Dr. Buyya has led the establishment and development of key community activities, including serving as foundation Chair of the IEEE Technical Committee on Scalable Computing and five IEEE/ACM conferences. These contributions and international research leadership of Dr. Buyya are recognized through the award of “2009 IEEE Medal for Excellence in Scalable Computing” from the IEEE Computer Society TCSC. Manjrasoft’s Aneka Cloud technology developed under his leadership has received “Frost & Sullivan New Product Innovation Award”. He served as founding Editor-in-Chief of the IEEE Transactions on Cloud Computing. He is currently serving as Editor-in-Chief of Software: Practice and Experience, a long standing journal in the field established ~50 years ago. For further information on Dr.Buyya, please visit his cyberhome: www.buyya.com

Scientist for Government of India (GoI),

Ministry of Electronics and Information Technology,

Prof. Prof A. R. Dasgupta has significant and original contributions in the convergence of information and communications technologies in the area of geospatial systems and applications, notably on Spatial Data Infrastructure. He is a recipient of the National Geomatics Award for Excellence for the year 2016 from the Indian Society of Geomatics, Geospatial Lifetime Achievement Award in Geospatial Technologies for 2009, a recipient of the National Geospatial Award for Excellence for 2005 from the Indian Society of Remote Sensing and the Astronautical Society of India Award for Space Science and Applications for the year 2000.

Prof. Dasgupta is an M.E. in Electrical Communications Engineering from the Indian Institute of Science, Bangalore, India and has worked at the Space Applications Centre, Indian Space Research Organisation, Government of India, from November 1970 to March 2005. He has pioneered the introduction of Geomatics in ISRO and conducted advanced research and development in the convergence of Geomatics, Information Technology and Communications Technology in space applications. His areas of research interest include Spatial Data Infrastructure, Standards and Interoperability, Information Systems, GIS, Image Processing, Technology Transfer and Operationalization of Space Applications. He is a Fellow of the Indian Society of Geomatics (ISG) and the Institution of Electronics and Telecommunications Engineers, India; and also a Senior Member of the Institute of Electrical and Electronic Engineers, Inc., USA and a member of several other professional societies. Prof. Dasgupta is very active in the field of engineering education. He was an adjunct faculty with the Dhirubhai Ambani Institute of Information and Communications Technology, Gandhinagar and currently in Faculty of Technology, CEPT University, Ahmedabad. He was on the Board of Diploma Studies, Faculty of Technology, NIRMA University. He has served on the Board of Studies of the Faculty of Technology, MS University, Vadodara. He has conducted training courses in India and abroad. https://in.linkedin.com/in/arupdasgupta 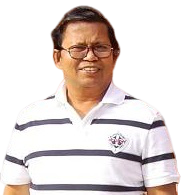 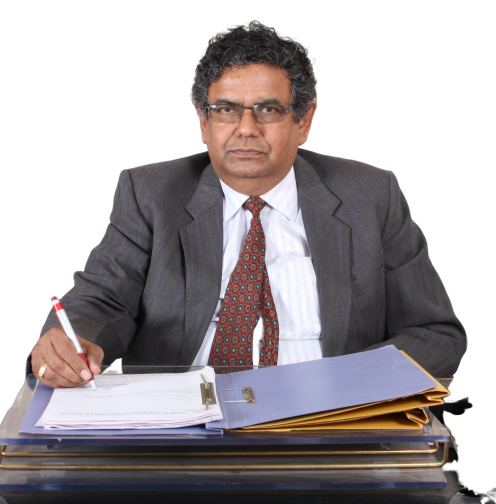 Dr. D. P. Kothari, IEEE Fellow, Former Vice Chancellor, VIT Vellore, Former Director i/c IIT Delhi, Approved Margadashak” Fellow, AICTE, India, currently serving as Director Research, Wainganga College of Engineering & Management, Nagpur, Maharastra, India. Dr. D. P. Kothari obtained his BE (Electrical) in 1967, ME in 1969 and Ph.D. in 1975 from BITS, Pilani, Rajasthan, India. He was visiting professor at the Royal Melbourne Institute of Technology, Melbourne, Australia, during 1982-83 and 1989. He was also NSF Fellow at Perdue University, USA in 1992. He taught at Melbourne University Australia for one semester in 1989. Dr. Kothari, who is a recipient of the most Active Researcher Award, has published and presented 812 research papers in various national as well as international journals, conferences, guided 50 Ph.D scholars and 68 M. Tech students, and authored 50 books in various allied areas. He has delivered several keynote addresses and invited lectures at both national and international conferences. He has also delivered 42 video lectures on YouTube with maximum of 40,000 hits!  Dr. Kothari is a Fellow of the National Academy of Engineering (FNAE), Fellow of Indian National Academy of Science (FNASc), Fellow of Institution of Engineers (FIE), Fellow IEEE ,Hon. Fellow ISTE and Fellow IETE. His many awards include the National Khosla Award for Lifetime Achievements in Engineering (2005) from IIT, Roorkee. The University Grants Commission (UGC), Government of India has bestowed the UGC National Swami Pranavandana Saraswati Award (2005) in the field of education for his outstanding scholarly contributions. He is also the recipient of the Lifetime Achievement Award (2009) conferred by the World Management Congress, New Delhi, for his contribution to the areas of educational planning and administration.  He received Excellent Academic Award at IIT Guwahati by NPSC-2014. In past, he has received 6 Life Time Achievement awards by various agencies on 19th  February, 4th  March, 11th  March, 18th  March, 20th  March and 25th  March 2016, respectively. On 20th  April 2016 he received ‘Living Legend’ Award in Chennai Conference. Currently, he is also chairman board of governors of THDC Institute of Hydropower Engineering and Technology, Tehri, Uttarakhand, India.   Wikipedia Link:                 http://en.wikipedia.org/wiki/D.P.Kothari