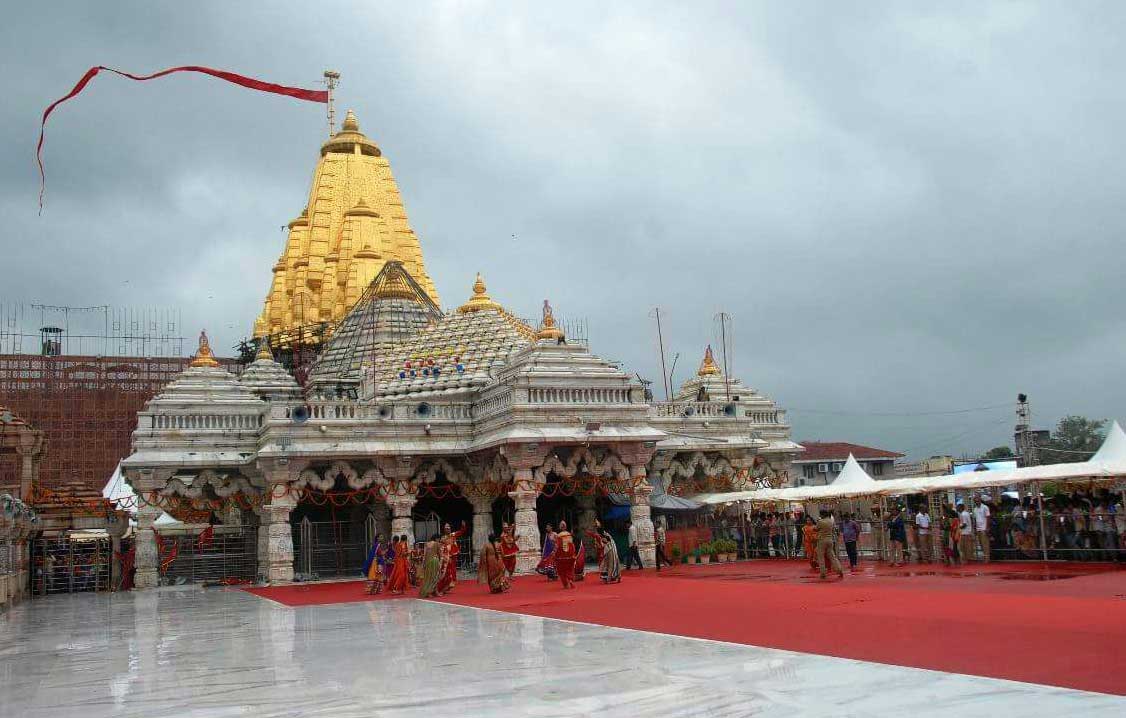 Around 121 Km from Ganpat University

This is the principal shrine of a goddess who has been worshiped since the pre-Vedic period. She is often referred to as Arasuri Amba, named for the location of the temple in the Arasur hills, near the source of the Saraswati river at the south-western end of the Aravali mountain range. 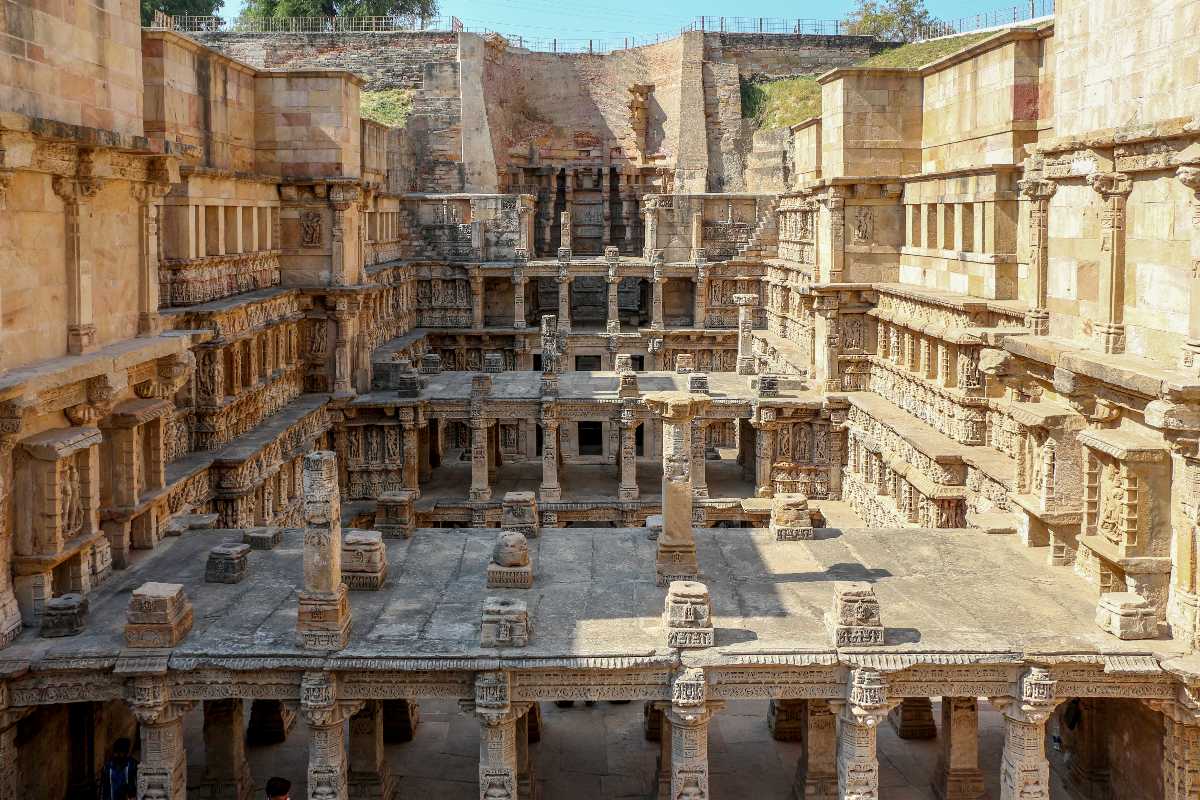 Around 64 Km from Ganpat University

Rani (Queen) Udayamati commissioned this vav or stepwell, in 1063 in the memory of her husband King iBhimdev I of the Solanki dynasty. The vav was later flooded by the nearby Saraswati river and silted over until the late 1980s, when it was excavated by the Archeological Survey of India, with the carvings found in pristine condition. Rani Ki Vav is amongst the finest stepwells in India, and one of the most famous legacies of the ancient capital city. 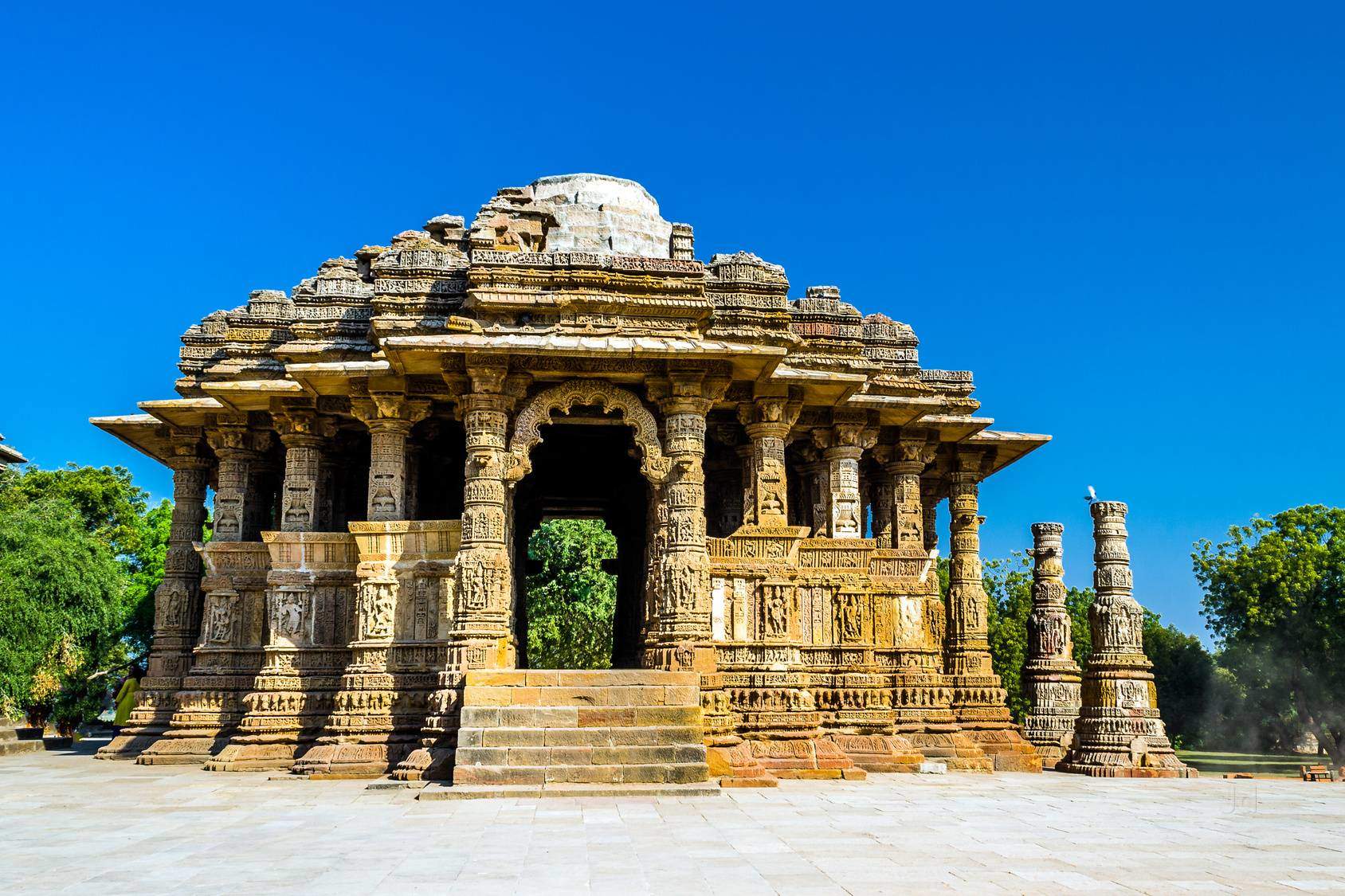 Around 54 Km from Ganpat University

A soothing drive amidst green farmlands just 35 km away from Mehsana on the way to the temples of goddess Bahucharaji reposes the village of Modhera. Set along the backdrop of River Pushpavati, surrounded by a terra-formed garden of flowering trees and songs of birds, rests the famed Sun temple of Modhera.

Around 70 Km from Ganpat University

For many years Ahmedabad was the center of Mahatma Gandhi’s non-violent struggle for India’s independence. The energy of that movement can still be felt at the Satyagraha Ashram that he established on the banks of the Sabarmati in 1917, after the previous Kochrab Ashram had to be abandoned because of a breakout of plague. He chose a location that was, at the time, far out of the city so that he could try farming and other such experiments. He learnt the art of spinning and weaving, and soon the ashram began to buzz with khadi, not just as a way of producing clothes, but also as a way of thought. The activity waned when he moved to Sevagram Ashram near Wardha, Maharashtra, after the Namak Satyagraha, leaving the Ashram in the hands of the Harijan Sevak Sangh. 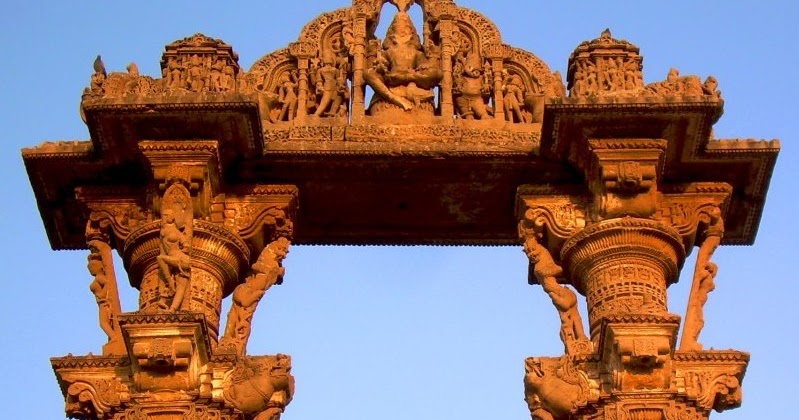 Around 45 Km from Ganpat University

The town is famous for its torans, a pair of 12th century columns supporting an arch, about 40 feet tall built in red and yellow sandstone, just north of the walled town. They stand majestically on the bank of Sharmistha Talav, on a road going down from Arjun Bari. They are among the few surviving examples of the entrance gates, once a regular feature of the architecture of Gujarat in Solanki period. The carving style is similar to the Rudra Mahalaya at Sidhpur. Perhaps erected after a war victory, the architecture is embellished with carvings of battle and hunting scenes. The one to the east is in better condition and has been used as a symbol of Gujarat in recent times. The torans might have served as an entrance to a large temple complex, but there are no remains found here. 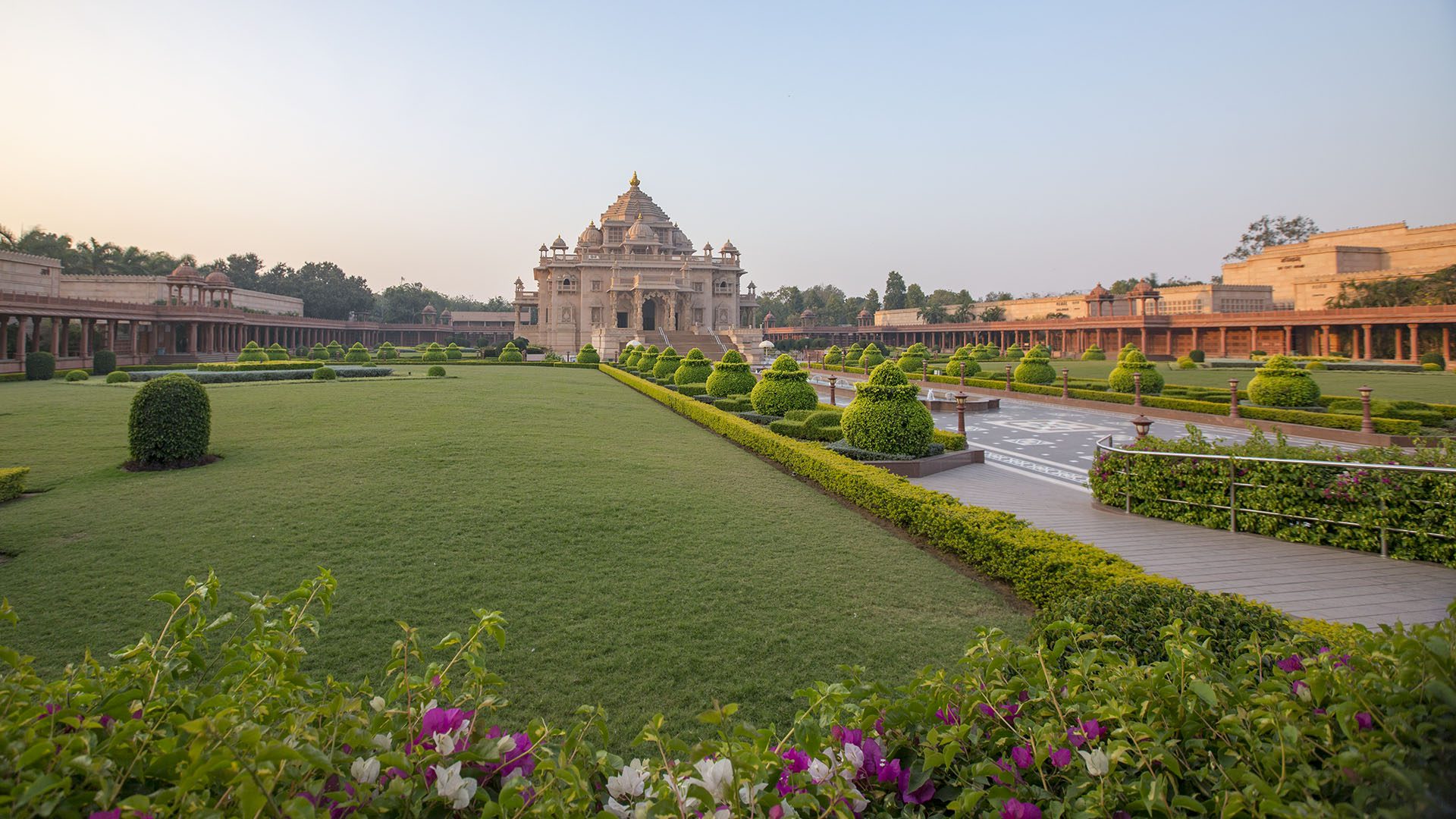 Around 50 Km from Ganpat University

Akshardham is majestic, intricately carved stone structure which stands amid sprawling gardens set in a 23-acre plot at Gandhinagar (Gandhinagar district). It is built in 6000 tonnes of pink sandstone and not a bit of steel has been used. The temple is 108 ft in height, 240 ft in length and 131 ft in width. A point worth noting is that this modern monument to Hinduism was built as per the injunctions of Vastu Shastra.The monument enshrining the seven foot high, gold-leafed Murti (idol) of Lord Swaminarayan is the focal point of the complex. The monument stands on 7 sculpted pillars, 210 single-piece stone beams, 57 window grills, M domes, eight ornate zarokhas, etc. The sanctum sanctorum contains the 1.2 tonne gold-plated idol of Lord Swaminarayan, the founder of the sect that bears his name, shown in a sitting posture with his right hand raised in abhay mudra. 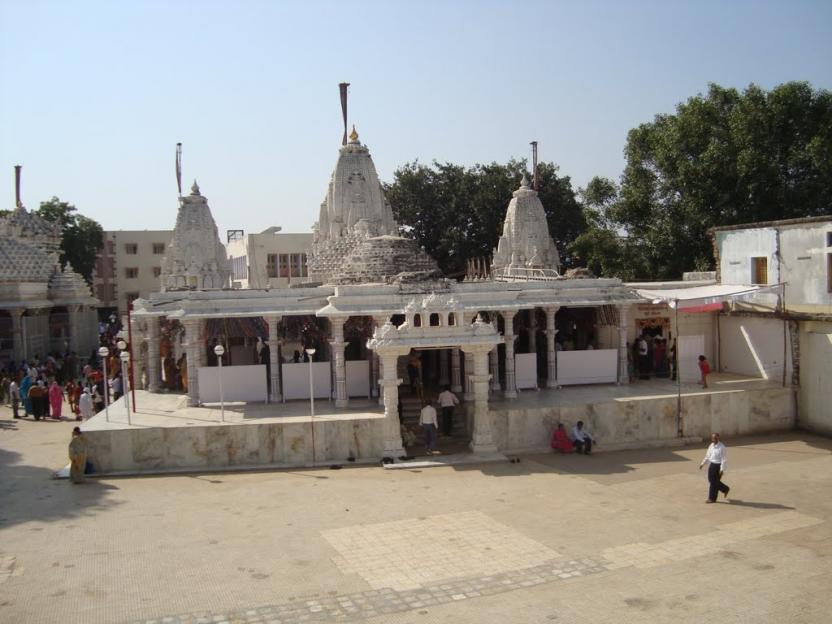 Around 46 Km from Ganpat University

This derasar, considered to be one of the most sacred Jain pilgrimages, is situated in Mahudi, Mehsana District, and spreads over an area of 2 square kilometers. In ancient times, the place was known as Madhumati. The idols and artistic remains recovered from the ground show that the history of this place is nearly 2000 years old, based on the inscriptions in Brahmi script. Acharyadev Buddhi Sagarsurisvarji was inspired in a dream to install the idol of Ghantakarna Mahavir Dev in 1923 A.D. This idol is considered to have miraculous powers. Thousands of Jain devotees, as well as devotees from other backgrounds, come to receive blessings from this idol. 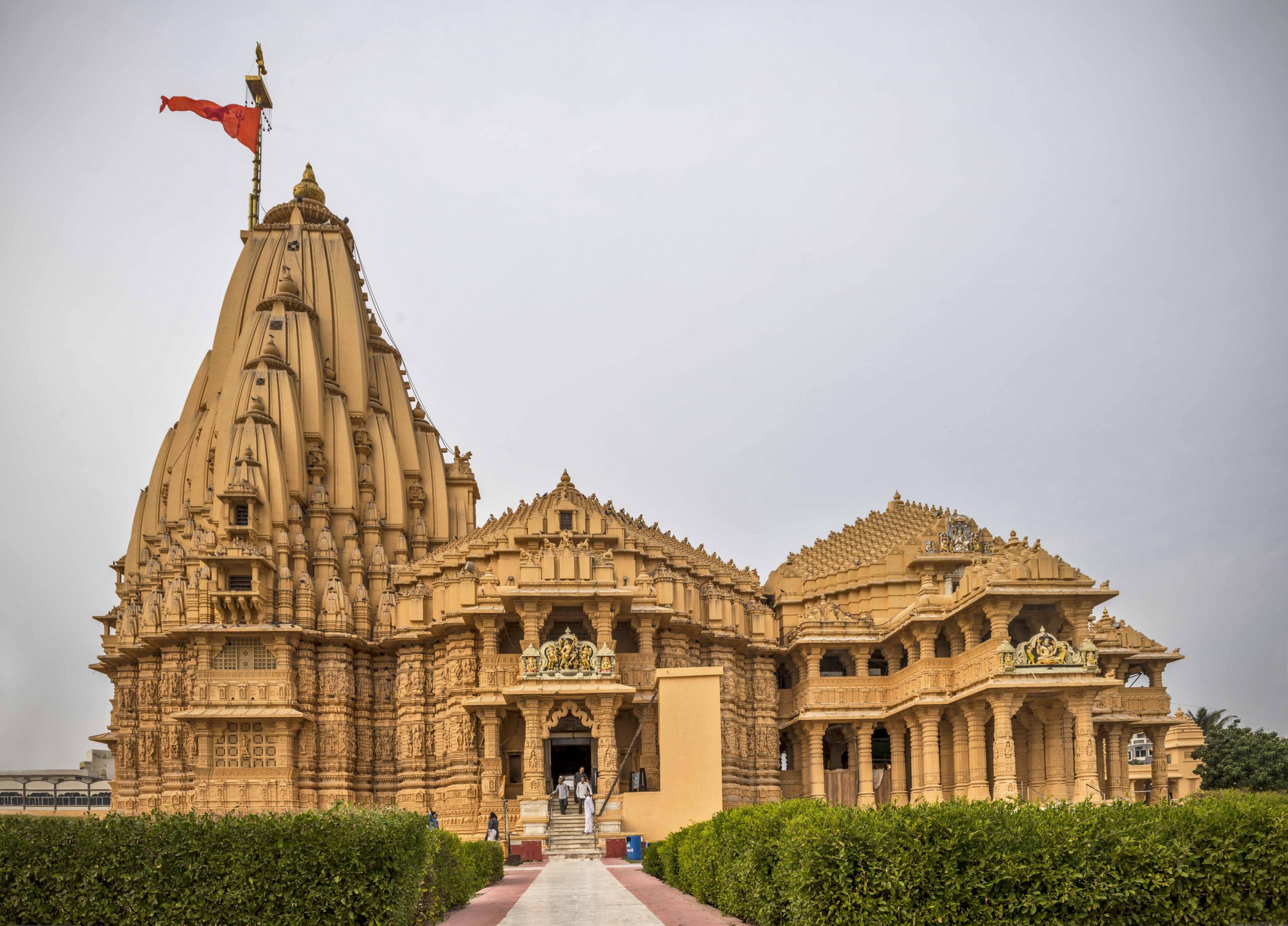 Around 449 Km from Ganpat University

The principal temple of Somnath is believed to have been built in gold by the moon god Soma, in silver by the sun god Ravi, in wood by Krishna and in stone by the Solanki Rajputs in the 11th century. The present temple, built in 1951, is the seventh reconstruction on the original site. Tales of its riches attracted a series of invasions, but each time the temple was invaded, it was restored to its original glory by devout Hindu worshipers. Commanding a breathtaking view from the tip of the Saurashtra peninsula, kissed by the waves of the Arabian coast, the temple has been constructed in the Chalukyan style with a shikhara nearly 50 m tall. The temple's imposing architecture includes intricate carvings, silver doors, an impressive Nandi idol and the central shivalinga. In the vast courtyard stand the massive mandapa (hall), as well as the main shrine, whose gently curved pyramidal forms tower over the whole complex. Through a side door the sea is visible shimmering in the sunlight. Try slipping out to gaze at the roaring waves below, which though not safe for swimming, present an exhilarating spectacle. In view, you will find a tower called Deep Stambha erected on the embankment. On the top is a shape like a conch shell on its side, and in the tower is an arrow pointing directly to the south pole (interestingly, a line between here and the south pole crosses no land until Antarctica.)

Around 267 Km from Ganpat University

“India has got a rich cultural heritage of “Unity in Diversity”, the roots of which are inextricably founded on the principle of “Vasudhaiv Kutumbakam”, meaning that the entire universe is a family. At the time of India’s independence in 1947, it was however divided into more than 560 princely states and it was India’s first Deputy Prime Minister, Bharat Ratna Sardar Vallabhbhai Patel, who with his firm determination, could transform such imperialism into today’s unified India. People of India will remain indebted to him forever for his leadership during the freedom struggle and his vision, wisdom and statesmanship in the post-independence era. His life is an eternal source of inspiration for the present as well as future generations and it is in this context that his iconic monumental statue – the world’s tallest Statue of Unity has been dedicated to the Nation on the 143rd Birth Anniversary.

Symbolizing the national, spiritual, historical and academic values, the Statue of Unity will lead to the icon-based development of this entire region, which is predominantly a tribal area. Our vision is to make this place a world class tourist destination by providing infrastructure for edutainment, research, cultural, environmental enrichment and health promotion. A true leader keeps on enlightening the path of mankind even in his physical absence and the Statue of Unity is the realization of this – worth experiencing.” “Sardar Vallabhbhai Patel, the great son of the soil (Gujarat, India), popularly known as the Iron Man of India, demonstrated distinguishedleadership qualities during the freedom struggle and then gave a unified geographical shape to the nation by agglomerating hundreds of princely states.The world’s tallest Statue of Unity with 182 metres height has been constructed under the overall guidance and inspiration of Hon’ble Prime Minister Shri Narendra Modi in just 46 months. This colossal monument is a class apart with its unique architectural and engineering characteristics.Immediately after its inauguration by Hon’ble Prime Minister on October 31, 2018 the Statue of Unity has emerged as one of the most favorite tourist spots of India. Our vision is to make it more and more tourist-friendly by providing world class hospitality and a wide range of activities to provide a unique lifetime cherishing experience for all age groups. In the process, we also aim to enhance the quality of life for the local tribal people by generating a wide range of employment and entrepreneurial opportunities.”